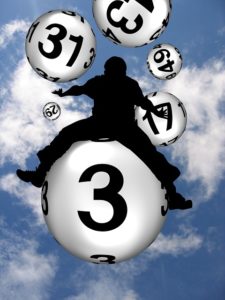 Are you one of the countless people who’ve ever wondered how to win the lottery? The odds are stacked so far against you, and there’s no reasonable strategy that can be invoked. So aside from sheer luck, how does anyone do it?

The odds of winning the Lotto 6/49 are said to be about 1 in 14 million. You could buy one of every possible ticket, but at $2 a pop, that would cost you around $28 million. And no combination of machines could print them fast enough to get them all out before the drawing, anyway.

Canada Knows How to Win the Lottery

Someone knows how to win the lottery, and that’s the provincial regulators who run it. They win billions of dollars every year. Those dollars are coming straight out of the pockets of Canadian citizens. No matter how much they tell us the money benefits local communities, charities, education… we know very well that much of it is lining the government’s pockets.

That’s nothing out of the ordinary, though. Lotteries were designed to raise money for governments. It happens all over the world. What is most upsetting, in my opinion, is the fact that province’s are funneling so much of that money back into advertisements intended to entice more people to spend more money on lottery tickets.

Have you watched any prime time television lately? Hardly a single commercial break goes by without displaying an advertisement for the lottery. They’re clogging up the ad space like flies on a dung pile. And it’s not just the presence of so many ads, but the message they are sending to viewers.

You’re probably familiar with this famous motorcycle lottery ad (below), which first aired in 2011. It’s a real doozy! It was created by McCann Canada (formerly MacLaren McCann), a media agency out of Toronto. It depicts a lazy ride cross country through a gorgeous wilderness landscape on a suped-up motorcycle. In the background, you hear the lottery numbers being called off, while a lady excitedly tells her significant other that they’ve just won the Lotto 6-49.

I’d also like to point out a flaw in this commercial. As the couple is riding through the forest, we see the woman’s dark brown hair flowing freely from under her helmet. Then, at the end, the riders are shown to be an elderly couple, both sporting silver tresses.

Isn’t there a law against enticing people to gamble? Aren’t these ads attempting to convince Canadians that they can win the lottery? The ad doesn’t even display the actual odds of winning (1 in about 14 million, remember?) Instead, they’re showing the all the things winners can buy with their newfound wealth.

Of course, McCann claims, “It’s not about what can be bought with your winnings, but the experiences you can create.” Oh, okay, my bad…

According to analysts, Canadian provinces spent a staggering $450 million on lottery ad campaigns in the last fiscal year. Ontario was the worst, spilling $333 million into marketing. BC wasn’t nearly so frivolous, but still funneled $29.5 million into ads. Not all provinces disclose their marketing spend, but Marvin Ryder, a marketing expert with McMaster University, estimates that $450 million went to lottery marketing throughout the country.

Let’s think about this. Ontario spent $333 million on ad campaigns. Most of them promote glorious visions of what it’s like to be a winner, like the motorcycle ad above. There’s no telling how many people see these ads, then go out an purchase lottery tickets as dollar signs dance behind their eyelids. Statistics have already shown that the majority of lottery buyers are from poverty stricken neighborhoods – players who can’t afford them, and are spending money that was meant for food or bills. Bare that in mind as you read this next part.

“… OLG generated $4.1 billion in economic activity in Ontario. This includes… $38 million directed by the Ministry of Health and Long-Term Care to problem gambling prevention, treatment and research”.

Wow, that’s great, the government has raised $47 billion to better Ontario! But, um… that’s only a portion of the money spent on lottery tickets. So how much money did our citizens have to lose on the lottery to generate that much in benefits?

Lottery Gambling Not Subject To Other Vice Laws

Every other ‘vice‘ is restricted in advertising. Tobacco products can’t be advertised at all. You haven’t seen a cigarette ad on TV since 1988. In fact, a pack of cigarettes has to be plastered with warnings and crossbones. Alcohol ads still appear on television, but they are strictly regulated. Don’t dare show someone actually consuming alcohol!

But gambling on the lottery? That’s okay… we can watch people play it, watch them win it, and be enticed by hypothetical scenarios of all the wonderful “experiences” we’ll have when we win. I mean if we win.

Not only that, if we win, we must be subject to participate in all this gross over-advertisement. The OLG won’t hand over the winnings for a Lotto 6-49 ticket until the winner signs a contract agreeing to be interviewed, appearing in photographs and on TV.

And oh boy, won’t it be fun when every old friend and estranged relative comes knocking, hands eagerly extended? Clearly, privacy laws and discouraging bad vices go right out the window when it comes to the promotion of lottery gambling in Canada.