Home  »  Slots and Games   »   Most Prevalent Tendencies of Female Gamblers

If you’re among the many women who gamble, you probably do this… 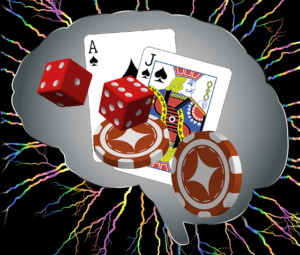 A bet is a bet. A gambler is a gambler. Right? Not necessarily. For as many different forms of wagering as there are in the world, there are just as many different types of gamblers who enjoy them. But over the years, statistics have shown some very common tendencies among female gamblers.

They are not any better or worse than males. Your gender cannot define your probability of winning, or of succumbing to the ills of gambling addiction. Profitability is based entirely on a combination of luck and skill, while addiction is determined more by personality. But generally speaking, women who bet often have a few things in common.

Common Traits Among Women Who Gamble

There are many assumptions that can be made about a woman who gambles. They are all based on actual research data. So while some of you risk-seeking ladies may not fall into these categories, the majority of you will at least hit on a few points.

The female persuasion doesn’t normally start gambling until they reach their early 30s. Men, on the other hand, tend to start around their early to mid 20s. This is interesting, because it aligns with our next point…

Women tend to be recreational gamblers. They are seeking entertainment – a little relief from the boredom of everyday life. The age range comes into play here, because so many female gamblers are married with children by the time they hit their 30s. Raising a family generally means having a very monotonous schedule to adhere to.

As recreational gamblers, they don’t risk much. Data shows that women play for lower stakes in land-based casinos, and make smaller deposits at online casinos. Unlike men, they aren’t looking for a huge payout, therefore they don’t need large bets to meet their goal. Which leads us to…

Being the recreational type, women don’t play strategy-based games nearly so often as men. Again, their goal is entertainment and stress-relief. As such, slot machines and bingo are the top choices for the ladies. There’s no real thought process required, whereas men tend to spend a lot more mental energy trying to make a profit through strategic game play.

A woman’s preference towards slots and bingo is driven by their desire to escape from boredom more than anything else, thus solo gaming is perfectly enjoyable. Men, on the other hand, prefer the social interaction of communal games like blackjack and poker.

If it’s For a Good Cause…

Female gamblers are also more prone to participate in charitable events. They may justify their desire to gamble, and the potential loss of money, by helping out a worthy cause. They are more likely to play in a community blackjack or poker tournament if there’s a charity involved.

Not All Women Fit the Bill

Clearly, not all women who gamble fit into these classifications. There are plenty of professional gambling gals who play strategy-based games and make quite a comfortable living in the process.

Canada’s Kristen Bicknell was named the Female Poker Player of the Year in 2017 after cashing in dozens of live tournaments all over the world. She’s won over $1.2 million in live events, and countless more in cash games and online poker tournaments.

Eleanore Dumont (aka Madame Dumont) was the world’s very first known professional blackjack player, of any gender. She moved from France to Nevada City, California in 1854 to open her own blackjack casino. Although she was not elected, she was nominated to the Blackjack Hall of Fame in 2006.