Are you a “reel angler”? Perhaps I should explain that term, because you won’t find it in any English or urban dictionary. The term “reel” refers to slot machine reels, and the term “angler”, of course, to one who enjoys fishing. So in my book, a “reel angler” is one who loves playing slots and fishing, so much that they seek out the best fishing slot machines.

If you fancy yourself a reel angler like myself, you’ve landed on the right page. Even if you enjoy the idea of fishing, but find the actual activity boring, fishing slot machines could be the perfect solution. There’s definitely nothing boring about the fast-paced action of today’s online slots. 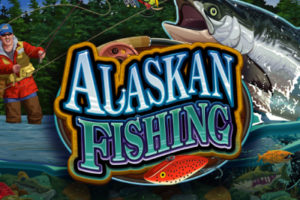 The fishing theme clearly dominates this 5 reel, 243 ways to win slot machine from Microgaming. Alaska is well known for its fresh, pollutant free lakes, where some of the wildest trophy trout roam the waters. The reels are teeming with various types of fish and tackle.

This is one of my favorite fishing slot machines because it actually allows the player to catch a big one in the Fly Fishing Bonus game. When Angler symbols appear on reels 1 and 5, the bonus is triggered, and the game screen switches to a beautiful Alaskan lake. The player selects five spots to fish, and the angler tosses his line to reel in instant multipliers of 2x to 15x the total bet. 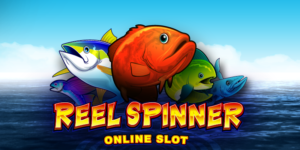 Reel Spinner is a highly entertaining game with colorful HD graphics. It’s one of the newest fishing slot machines out, released by Microgaming in mid-2016. This game takes players out upon the deep blue ocean to fish for big game, like swordfish, red snapper, yellow fin tuna, barracuda and more. Various nautical items and fishing gear are also present on the reels.

In Reel Spinner, the actual angling takes place when 3+ scatters appear to trigger the free spins bonus game. It starts with the player selecting 1 of 5 boats to head out on the water in, each awarding a number of free spins (up to 20). Next, the player spins a fishing reel to determine the multiplier at which those free spins are played (up to 5x). 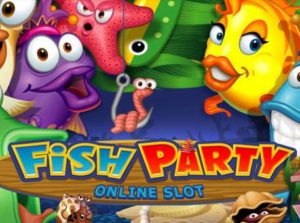 Another fish-filled online slot from Microgaming, Fish Party is loaded with a comical array of cartoon-style fish and other sea creatures, including a surprisingly unconcerned earthworm wrapped about a lured fishing hook. That’s the only symbol that really insinuates an angling theme in the game, but it’s a fun 5 reel, 243 ways to win slot, nonetheless.

Fish Party has some rather lucrative features, as well. To start, the wild is stacked on all reels in the base game. During free spins, triggered by landing 3+ clam scatters, the four highest paying symbols, and the wild, all appear stacked. 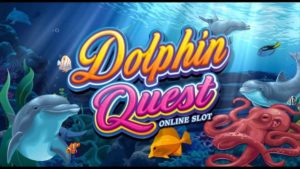 Dolphin Quest has been a favorite game for slots lovers ever since it was first released by Microgaming in 2013. To be perfectly honest, this game isn’t really about angling for fish, but it does contain the most majestic deep sea creatures found in the ocean. The graphics and generous features are what have kept players coming back time and again.

The Dolphin quest logo is a wild, and can appear stacked at any time. The Gold Dolphins Scatter is also wild, and if 3 of them land anywhere on reels 2, 3 and 4, the Dolphin Quest Bonus triggers. This bonus features three spinning reels, each with a number of instant credits to be won, starting at 500 and scaling up into the high thousands. All three amounts are combined to determine the total win.

Where to Play Fishing Slot Machines

If any – or better yet, all – of these fishing slot machines pique your interest, you’re in luck. You won’t have to join a number of online casinos to play them all. They are each produced by Microgaming, and can all be found on Royal Vegas Casino. Each is available for free or real money, for desktop or mobile play, compatible with any Android, iOS or Windows powered tablet or smartphone.