A look at ancient lost cities and the great online slot machines they’ve inspired over the years. 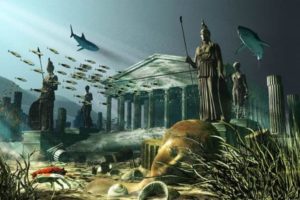 Throughout the ages, we’ve heard tale of many ancient lost cities. Atlantis, buried beneath the sea for untold centuries. El Dorado, the legendary lost kingdom of gold. Archaeologists have spent their lives searching for such places, while the entertainment industry has made millions by bringing their inspiration to life.

Ancient lost cities have influenced the film, television and music industry in many ways. Their mythical allure has also drawn the attention of digital games developers. Aristocrat, Microgaming, NetEnt – they’ve all built some great online slots around this diverse theme.

We’ll take a look at some of the most famous lost cities of legend and lore, and the great online slot machines they’ve inspired.

The legendary Lost City of Atlantis stems from the writings of the famed Greek philosopher, Plato. It was around 360 B.C. when Plato told of the technologically advanced civilization, occupied by people he described as half-god, half-man. Their naval power was so extraordinary, none could rival them for centuries. Then suddenly, around 9300 B.C., Atlantis is said to have been destroyed by the violent eruptions of volcanoes and earthquakes. 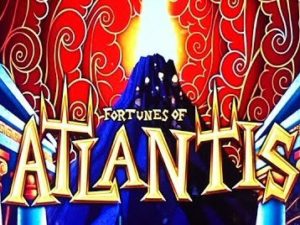 For the last 2,300 years, explorers have searched the world’s oceans for Atlantis. None have found it, but Aussie slots maker Aristocrat made sure their players can enjoy the legend anytime they wish.

Fortunes of Atlantis is a graphically stunning, 5-reel, 243 ways to win game. It has shadowy pyramid wilds and golden coin scatters that award free spins with random multipliers. There’s also a mysterious expanding reel feature that can increase the paytable to 1,024 ways to win at any moment.

In the 16th century, when Spanish Conquistadors were exploring South America in search of gold and new lands, they heard tale of a golden ruler in the Andes Mountains. Local tribes said he was defeated in the 15th century, but that he was so wealthy, he covered himself in gold dust during an annual ceremony in which the people threw gold into Lake Guatavita to appease an angry underwater god. The Spanish called him El Dorado, “the gilded one”.

In 1545, they discovered Lake Guatavita and attempted to drain it. While they did find hundreds of gold coins around the edge, they could not reach the middle depths, where the true treasure was said to lie.

Sir Walter Raleigh and his son Watt took up the quest in the early 17th century. When Watt was killed in a skirmish with the Spaniards, his grieving father was beheaded by the King of England for failing to avoid conflict with Spain. 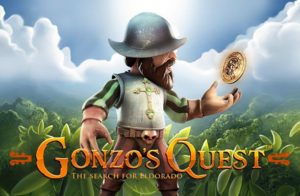 To this day, expeditions continue to explore Columbia, to no avail. However, fans of the legend can explore El Dorado anytime they wish in NetEnt‘s immensely popular Gonzo’s Quest: The Search for El Dorado. Considered by many to be among the greatest online slot machines ever released, this 5-reel, 25-line game is packed with wilds, scatters and cascading reels. The free games feature, though difficult to strike, has a history of paying out huge rewards.

The Kingdom of Lyonesse is born from one of the most famous tales of all – that of England’s almighty King Arthur. Many believe it be a sunken ruins off the isles of Sicily, but multiple explorations have failed to come up with any evidence.

The lost city of Authurian legend is most recognized in the tragic 12th century tale of Tristan and Iseult. However, it’s also said to be the site of King Arthur’s final battle with Mordred. Arthur defeated Mordred at Lyonesse, but was fatally wounded and sent to the mythical isle of Avalon to heal. 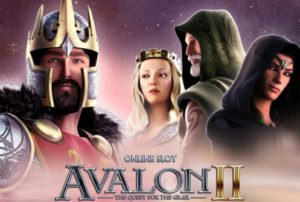 That’s where Microgaming picked up the plot and converted it into one of the most famous online slot machines of all time – Avalon II. The first rendition of Avalon was okay, but its sequel has captivated slots fans all over the world for years. The graphics are supremely better and it’s packed with 8 highly entertaining—and potentially lucrative—features.