Every month, we anticipate two new mobile slots from Microgaming. The world’s leading distributor of interactive gambling games ramped up its effort lately, teasing us with a trio of hot mobile slots due for release in October 2017.

As you might expect, two of them align with the month’s famous holiday, Halloween. In fact, one of them is the highly anticipated Halloween Slot, based on the original 1978 cult classic film. The other is Monster Wheels, an amalgamation of auto sports and ghoulish creatures for drivers.

The other has absolutely nothing to do with the spookiest of holidays. It’s called Moby Dick Slot, following the classic tale of Captain Ahab and his legendary high seas adventure. 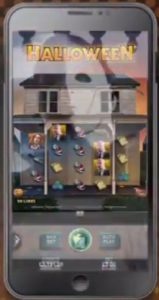 The buzz surrounding the upcoming launch of the Halloween Slot has been incessant, ever since Microgaming signed the licensing agreement with Compass International Picture in July. You don’t have to be a horror movie buff to know the name Michael Meyers and the iconic mask that defines his malevolent character.

Featuring original clips from the classic film and its haunting soundtrack, the game features a fluctuating reel set with 50 paylines. The Meyers home is the backdrop for the reels, but the front porch design slides left to right and back to increase some reels from 3 to 4 positions.

In game features include a Guaranteed Wheel Wins bonus and Boogeyman Bonus, where players must choose autumn leaves to collect prizes and escape the house without being slain by Michael. There’s also a free spins feature imbued with one the games four main characters, Laura, Loomis, Annie, or Lynda. 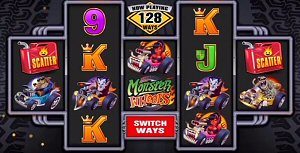 Taking a more comical approach to the holiday, Monster Wheels is like a mash-up the video game Mario Kart, and the classic Gene Wilder film, Transylvania 65000. It features variable reels and ways to win. Players can choose the 2-4-2-4-2 reel set for 128 ways to win, or spend a bit more for the 4-3-2-3-4 reel set, earning 288 ways to win. 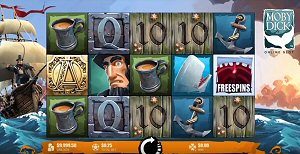 This one is a graphical playground with standard 5×3 reels and 25 paylines. And if you were wondering… Yes, at some point, you will get to see the dear old Captain eaten by Moby!

The Moby Dick Slot has two great features. One is the Win Freezing Feature with Bonus Spins. Any symbols involved in a winning combination will freeze in place for a respin. If another win results, they freeze and respin again. This continues until no win is created, at which time the winning combos pay out.

This feature also helps players to unlock up to 20 free spins with a 4x multiplier. You’ll only need 3 Free Spins Scatters to trigger free spins, but as the Win Freezing Feature takes hold, the chance of landing additional scatters with each respin increases the odds of unlocking max spins.

All three of these hot mobile slots will appear on the Royal Vegas game menu in early October.