Forbes Magazine released one of its most anticipated issues of the year last week. It’s the annual World’s Billionaires List, 2018 Edition, and it’s chalk full of record breaking details. The list includes a record 2,208 billionaires, hailing from 72 countries and territories, with the first ever 12-figure billionaire ($112bn), Amazon CEO Jeff Bezos, topping the list.

The collection also names a trio of online gaming tycoons who’ve made it to billionaire status this year. One of them is Canada’s own Mark Scheinberg, who’s having no trouble continuing to amass tremendous wealth after selling PokerStars in 2014. The other two are Denise Coates, and her brother, John Coates; together joint-CEOs of UK’s Bet365 internet gambling business.

In order of wealthiest… 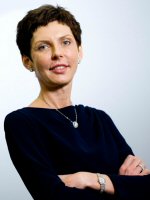 Denise Coates is the #388th wealthiest person in the world, with a net worth of $5bn at time of the magazine’s release. Her real time net worth, as of writing, has increased to $5.2bn. She is the founder and co-chief of UK online betting behemoth, Bet365.

She got her start running the books for her father, Peter Coates, who owned several UK betting shops. Denise eventually took over some of those shops, turning them into profitable businesses before selling them to the Coral Group.

She invested that small fortune into the purchase the Bet365.com domain in 2000, launching the online sportsbook in 2001. It’s since grown into a multi-vertical betting website, with online casino, poker, bingo and other games. Bet365 is one of the world’s largest internet gambling businesses, with more than 19 million customers from nearly 200 countries. The company secured revenue of $3.5 billion in the fiscal year ending March 2017. 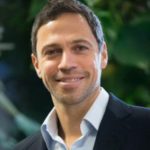 Mark Scheinberg ranks #422 among the world’s richest people, and the 9th richest of all Canadians. His net worth is listed at $4.8bn, much of which came from the $4.9bn sale of PokerStars to Amaya Inc. (now The Stars Group) in 2014. Mark is said to have personally pocketed 75% of the sale price.

Born in Israel in 1973, Mark moved with his family to Canada when he was 13. In 2001, at the age of 28, Mark and his father, Isai Scheinberg – a computer programmer with IBM – launched PokerStars. By 2004, it was the world’s largest internet poker room website, capitalizing on the global online poker boom, especially in the US market.

After selling its parent company, The Rational Group (including PokerStars and Full Tilt) in 2014, Mark was catapulted to the richest man on the Isle of Man (where he still resides today.) He’s been investing that wealth wisely, having recently purchased a multi-purpose complex in Madrid, Spain for for €225. He plans to open it as a luxury hotel, residential and retail property in 2019.

John Coates is the brother of Denise Coates, fellow co-CEO of the Bet365 online gambling juggernaut. He is #965 among the world’s wealthiest people, with a net worth of $2.5bn.

Growing up, John wasn’t interested in his father betting shops the way his sister was. He attended Bristol University, where he obtained a law degree and went on to become an attorney. However, in 2001, Denise convinced her brother to share in her vision of reinvesting the money from the sale to Coral into Bet365.com.

He agreed, albeit reluctantly, and it turned out to be a great decision. The business is flourishing to this day (see above). In 2015, he was elected Vice-Chairman of the Stokes City Football Club, joining his father; the current owner and Chairman.