Exciting new slot releases and more from Microgaming in 2018.

Microgaming is the oldest, largest and most respected interactive gambling software company in the world. Every month, Microgaming publishes multiple new casino games onto its vast portfolio, now exceeding well over 800 titles. And according to inside sources, 2018 is going to be even more elaborate than the previous year.

David Reynolds is the best man to speak to in terms of upcoming releases for the Isle of Man company. Reynolds has been with the games developer for the last 10 years, and has held the title of Games Publisher for Microgaming since 2016.

According to him, the company is looking towards a very bright 2018, promising “another wave of exciting releases and announcements to shake up the New Year.”

Looking Back on 2017 at Microgmaing 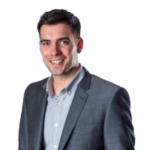 In an interview with Isle of Man Today, Reynolds reminisced over the company’s immense achievements in the previous year.

“2017 has been a very busy year for Microgaming with a wealth of new games released,” says Reynolds. He specifically mentioned their latest “blockbuster branded titles” like the new Jurassic World Slot and Highlander Slot.

Highlighting the spookiest of holidays, Microgaming released the thrilling Halloween Online Slot in 2017. The Douglas-based digital development group also gave gaming fans its most “theatrical” game to date, the Phantom of the Opera Slot.

Microgaming didn’t just focus on famous names, though. Reynolds points out that the immensely popular EmotiCoins Slot, released over the summer, is “a slot born from an idea pitched by staff at Microgaming’s very own innovation initiative.”

If that wasn’t enough, Microgaming celebrated the long-awaited grand opening of its new Sixty Two office in Douglas. The innovative 5-story office space, linked to its original office via sky bridge, officially opened on July 31. By October, it had already been named among Adzuna‘s Top 10 Coolest Offices of 2017.

“We are very excited to showcase new content as we go into 2018, so watch this space as Microgaming will be revealing another wave of exciting releases and announcements to shake up the New Year,” promises Reynolds.

Although casino games make up the bulk of Microgaming’s digital output, its online poker network, MPN, has gotten a lot of attention lately. There’s no doubt the MPN is going to be a big part of the ‘shake up‘ in the new year.

Just before the ball dropped, putting an end to 2017, MPN gained a new operator in Tower Torneos, the leading supplier of online casino and poker products to Portuguese and Spanish players in Latin America. In the days that followed, MPN’s Indian poker network saw the addition of Poker Yaar. One week later, Microgaming announced the return of The Classic 500k GTD tournament series in January.

New slots releases are sure to continue each month, as they have for the last two decades. But if Reynolds’ insights and innuendos are any indication, 2018 is sure to be one of the most exciting years in the history of the company. Not just for employees or online casino and poker operators that licence the software, but for the players who enjoy playing Microgaming’s premier content.