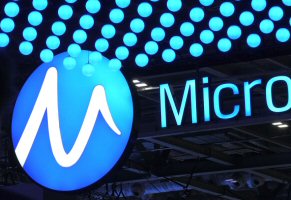 Microgaming is entering 2018 with a new and ambitious strategy. The Isle of Man-based company opened its day-one appearance at ICE Totally Gaming in London with an exciting announcement. The company is entering an exclusivity contract with Triple Edge Studios to provide online gaming content on Microgaming’s Quickfire platform.

The world’s leading iGaming software supplier was proud to introduce Triple Edge as its newest partner. But that’s not the end of the story. Microgaming says this is just the first in a series of exclusivity partnerships with independent global games studios.

According to a press release issued on Tuesday, Triple Edge Studios “is the first of a new generation of independent game builders to be announced which will enable Microgaming to offer the market even greater choice and innovation, and deliver the very best gaming experience to its operators and their players.”

Microgaming has spent more than twenty years engineering its own online gaming content. Their new strategy will see independent operators adding to the rapidity of their portfolio growth. Microgaming says that each independent gaming studio will provide different styles and types of games, helping to diversify and expedite production of their already extensive library.

“As the frontrunners in the industry our focus is always on what we can do next and exclusive content from independent global studios will play a huge part in delivering Microgaming’s growth strategy this year,” says Microgaming Chief Exec Roger Raatgever. “It is all about delivering content that is targeted; be it a segment of players or a specific market.”

The CEO goes on to describe Triple Edge Studios as “the first in a number of game studios to be announced as exclusive providers to Microgaming.”

He feels this ambitious new strategy will help to cement Microgaming’s market presence as a “must-have provider of gaming content.” 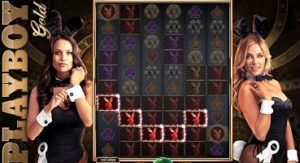 Last month, Microgaming prefaced the exclusive content deal with Triple Edge Studio’s by unveiling the upcoming launch of a new branded slot called Playboy Gold. Through a preexisting deal with Playboy dating back to 2013, Microgaming subcontracted Triple Edge to develop the new game, scheduled for release on March 7, 2018.

What they didn’t tell us at the time was that they’ve been dealing with Triple Edge for several months now. Yesterday’s press release revealed Triple Edge Studio’s had a hand in last year’s headline release of the Halloween Online Slot, as well as its new Oink Country Love slot.

The Playboy Gold slot will be the first official release from Triple Edge following the exclusivity contract with Microgaming.

Brendan Walton, Leader of Design at Triple Edge Studios, was on hand at ICE 2018 to comment on the exciting new content deal.

“It feels fantastic to be launching our studio during the industry’s biggest trade event, ICE,” says Walton, whose company making its debut at the annual gaming expo with a booth directly across from the famous Microgaming Bar.

“Following months of hard work we are proud to be an exclusive provider of content to Microgaming, the trailblazer in online gaming,” he continues. “Playboy Gold has been a brilliant game to work on and is a sign of the exciting things to come from Triple Edge Studios.”