UK Online bingo giant Gala is in hot water with the ASA over an affiliate’s inappropriate advertisement suggesting gambling relives depression and helps recover from debt. 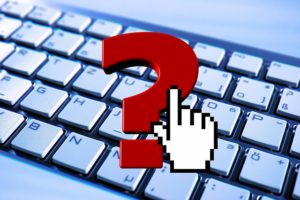 When we find information online these days, do we really know what we’re reading? Something tagged as a medical breakthrough could just be a way to get ‘Likes’ on Facebook. An article that reads like genuine news could be nothing but a fabricated advertisement. Anyone can write anything and publish it on the world wide web. But sometimes, there are consequences for such actions.

Such was the case recently when a Gala Bingo affiliate received a notice that their contract with the popular UK bingo operator had been severed. Rightfully so, I might add, as this affiliate had concocted one very inappropriate advertisement, masking it to look like a real news story.

According to reports, the article in question appeared on 365dailynews, telling the fictitious (yet highly detailed) story of a man named William and his wife, who was suffering from cancer. The headline effectively tugged at the heartstrings of readers: “On their wedding night he delivered a secret she wasn’t ready for. The result will have you in tears.”

As the story unfurled, it described a man burdened with £130,000 worth of debt, all owed to medical facilities in relation to his wife’s illness. With no other options, he had decided he must sell his home to cover the bills and continue her treatment. But then, low and behold, he “stumbled across” an advertisement on Facebook for Gala Bingo.

At first, the article said he found humor in the thought of playing bingo online, since he had no money to begin with. But the ad told of a special promotion in which he would receive 200 free chances to play a “Jackpot Giant” game. The prize pool was said to be £700,000, something he found “too hard to pass up”.

Yada, yada, yada… a few paragraphs later, he won the money, and life was grand. But really it was just an advertisement for Gala’s no deposit bonus of 200 free games. And life’s not so grand for the affiliate who posted the ad, subsequently nullifying their contract with the bingo operator.

The UK is a stickler for regulations, and advertising an internet bingo website as an opportunity to pay off substantial debt is not something they take lightly. When the Advertising Standards Authority caught wind of the ad, they immediately took action.

The ASA determined that the advertisement suggested gamblers could relieve depression, and earn money to pay off debts by playing at Gala Bingo.

Gala Interactive, the parent company of Gala Bingo, was contacted by the ASA and ordered to remove the ad. Having been posted by an affiliate, the operator was not aware of its existence prior to the mandate. Nonetheless, Gala wasted no time in dealing with the problem.

The company since issued a statement confirming that the article has been removed, and that its agreement with the affiliate who posted the inappropriate material has been terminated. Gala Interactive went a step further, warning all of its affiliate partners that such advertising is not suitable, and will result in immediate termination if similar advertisements are discovered.