Home to dozens of land-based gambling destinations and two live streaming casinos, the Latvian capitol of Riga says no more – casino gambling illegal in Old Town as of 2022.

Although small by our standards, Latvia enjoy a substantial presence in Northern Europe as the largest of the Baltic states. Its capital city, Riga, hosts a bustling economy derived largely from exports and tourism. It also happens to be the home of two of the largest live dealer casino studios on the planet.

Evolution Gaming set up its first live casino studio in Riga back in 2006. Playtech followed suit in 2009, and just this year, completed construction of the world’s largest live streaming casino studio in Riga Old Town. Following a recent decision by Riga City Council to declare casino gambling illegal in its historic centre, some players are wondering what’s in store for their favorite live dealer haunts.

Earlier this year, Riga City Council decided that gambling is something they no longer wish to condone in Old Town. This, despite being home to dozens of gambling destinations—everything from small-time slots parlors to full-blown integrated casino resorts.

Last month, the council sent out notices to Olympic Entertainment Group (OEG) and other operators. They were informed that in five years, they must cancel their casino permits. That puts the timeline for closure no later than September of 2022.

OEG has since filed action in the courts, asking that the city council’s order be overruled. The company claims that Riga’s decision to outlaw gambling services in Old Town, and subsequent request to surrender permits, are in direct violation of current Latvian laws.

Not all of OEG’s properties are effected by the notice of pending cancellation. At present, only 5 of the company’s 7 casino properties are at risk, including Olympic Casino Latvia. Its flagship property, Olympic Voodoo Casino, is located outside the boundaries of the city council’s exclusion zone, and should not be effected.

Oddly enough, it’s been argued by some experts that Olympic Casino Voodoo would benefit from the closure of so many nearby casino operations. If the council’s decision is upheld, up to 42 casinos and slots parlors will be forced to close their doors no later than September 2022.

However, there’s another question that begs answering. Will Riga’s existing mass tourism market suffer from the closure of so many gambling destinations? Or will risk-seeking visitors ignore the change, and flock to the remaining casinos? 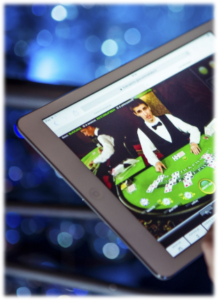 It is not believed that this will have any effect on the live casino studios of Riga. Evolution Gaming’s studio is not located in Old Town to begin with. As for Playtech, whose studio is built in the heart of Old Town Riga, that company isn’t too worried either. The city council’s mission seems to be reducing the availability of land-based gambling, not the type that is accessible only via the internet.

It should also be noted that the Latvian government wouldn’t look to kindly on Riga for eliminating Playtech from its business portfolio. The legislature recently chose to adopt licensing fees for live streaming casinos that would help fill their government coffers. As the old saying goes, you don’t bite the hand that feeds you.