Problem Gambling: Chronic disorder for some, waning fad for others. 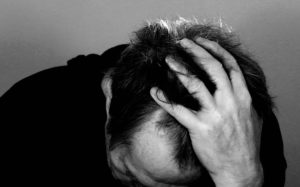 Throughout history, gambling addiction has been labeled as one of the worst chronic compulsion disorders known to mankind. Once a player is caught in the grips of gambling addiction, it can destroy their lives, and their relationships with everyone around them.

This understanding of problem gambling has been proliferated throughout the ages. Countless research studies have been conducted, illuminating the potential causes of this socially and financially devastating affliction. The situation has garnered so much attention, pathological gambling was recently reclassified as a ‘gambling disorder’, giving its victims better opportunities to seek treatment.

But a recent, multi-year study now suggests that “problem gambling” may not be the “unremitting chronic disorder” that everyone once believed it to be. In fact, researchers think that about half of those who fit the ‘pathological‘ bill at some point, are just ‘going through a phase‘.

UMass Study Suggests Problem Gambling is a Waning Phase for Most

Every parent has accepted at some point or another that their children’s behavior is just a phase, or a fad. Maybe their daughter is infatuated with a young boy? She’ll grow out of it, they say. Perhaps their teenage son has been playing the same video game for weeks, never leaving his room for anything but food and school? It’s just a fad, he’ll tire of it soon enough.

That’s essentially what cumulative researchers are suggesting about gambling. The cohort study was conducted at the University of Massachusetts in Amherst, headed by its School of Public Health and Health Science epidemiologist, Rachel Volberg, and Robert J. Williams of the University of Lethbridge, Alberta, Canada.

The data is based on 3,096 Massachusetts residents who participated in a self-reporting study between 2013 and 2015. The research was conducted in two year-long waves, commissioned by the state to give the government an idea of gambling behavior prior to the first land-based casino in Massachusetts opening in mid-2015.

Between the two waves, there was a notable increase in gambling activity, as well as an expansion of what types of gambling subjects were participating in. However, the increase was “quite small”, between 2% and 3.2%.

“People Phase In and Out of the Problem Gambling”

The report notes that only 49.9% of people who were classified as ‘problem’ or ‘pathelogical gamblers’ during the first phase of self-reporting, still fit into that category in Wave 2. The other 50.1% were either downgraded to recreational gamblers, or exhibiting at-risk behavior.

“This movement is different than the way problem gambling has been characterized in the past. Until recently, the general orientation has been that disordered gambling is an unremitting chronic condition.”

These findings will surely impact a great deal of studies to come. Most importantly, they will change the way facilities approach the treatment and prevention of problem gambling. Future studies will also center around predicting the onset of addictive behavior before it occurs.