Psychology of Gambling: Why so many gamblers trust in superstition without rhyme or reason. 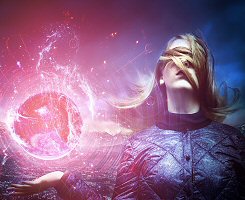 Casino gambling is a form of entertainment based entirely on random results. We, as members of the human race, don’t find randomness to be very flattering. We always look for the science behind it. And if science can’t explain it, well… we come up with some pretty crazy ways to explain it ourselves.

It’s not certain why people need to find a reason for everything that happens. We just do. We need to know how and why, and if it will happen again. And if so, when?

This applies to so many parts of our lives, even some you might consider silly. It’s frankly astonishing just how frequently we do this in a casino environment. So many players seek out a pattern in gambling – any pattern – and run with it forever more.

If you think about it, every gambling superstition is based on some type of pattern. Whether it’s the big-haired lady in the corner blowing on her troll doll’s hair before every press of a slot machine’s spin button, or the guy who eats exactly three peanuts after his blackjack cards are dealt, but before looking at them. It could be someone waiting for a 13 to hit on the roulette wheel before making a single wager. There’s always a pattern behind superstitions.

The fact is, we tend to notice things that happen in succession. Maybe you ordered a cocktail on three sequential visits to the casino, and lost your whole bankroll each time. Then on your last two visits, you decided to have a beer instead, and won. Are you going to order a beer every time you go to the casino? Most people would.

Winning has absolutely nothing to do with drinking a beer instead of a cocktail. The logical parts of our brains know this. Every game is random, whether it’s a card game randomly shuffled by a human dealer, or a video poker game that randomly produces digital cards on a screen. Everything is random, except the advantage. That always lies with the casino; the eternal house edge.

It’s the illogical part of our brains that recognize patterns, and run with them. Despite knowing that it makes no difference, we convince ourselves that it can, has, and will make a difference. We’ll get that beer every time. We’ll bring that lucky troll doll along. We’ll request a bowl of peanuts and watch for the number 13.

There’s a lot of debate in this argument. Some say yes, some say no.

Supporters believe gambling on superstitious notions can actually benefit a player. Not because they will influence the outcome, but because it gives the player more confidence. It gives them a sense of control over their situation. Without control, we can develop anxiety, which diminishes our ability to think rationally. Thus superstitions can increase our adaptation of skill.

On the opposing side of the coin, nay-sayers believe that gambling superstitions can cause a person’s betting habits to spiral out of control. If a player truly believes that every bad streak of luck must be followed by a good one, they can easily lose much more money than they can afford.

I tend to believe the psychology of gambling on superstitions and trusting in patterns, and whether it has a positive or negative result on the player, has more to do with their personality and intent. If entertainment is the primary goal, and they never lose sight of that, superstitions can elevate the level of entertainment without taking them over the proverbial edge. If, however, their ultimate goal is to make a profit, becoming erroneously convinced that they’re finding patterns in gambling, or that they’re due for a win, can be dangerous.