Play video games too much? WHO to classify ‘gaming disorder’ in 2018. 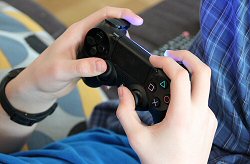 Do you find yourself playing video games so much that it affects your day-to-day life? If so, the bad news is that is you may have what the World Health Organization (WHO) will soon classify as a ‘Gaming Disorder‘. The good news is that, WHO classification could require your insurance company to foot the bill (or part of it) for treatment.

According to last week’s report in New Scientist, an addiction to video games will soon be a diagnosable disease. The scientific periodical states that the WHO 2018 publication of International Classification of Diseases (ICD) will include a new entry for gaming disorder.

Thus far, the report indicates there is no official name for the disorder just yet. However, it does confirm that video gaming disorder will be classified by WHO when it publishes the latest update, ICD-11, in 2018. It’s a long overdue update, with the previous ICD-10 dating all the way back to 1990.

WHO Classification of Gaming Disorder

“Gaming disorder is characterized by a pattern of persistent or recurrent gaming behaviour (‘digital gaming’ or ‘video-gaming’), which may be online (i.e., over the internet) or offline, manifested by: 1) impaired control over gaming (e.g., onset, frequency, intensity, duration, termination, context); 2) increasing priority given to gaming to the extent that gaming takes precedence over other life interests and daily activities; and 3) continuation or escalation of gaming despite the occurrence of negative consequences…”

“The behaviour pattern is of sufficient severity to result in significant impairment in personal, family, social, educational, occupational or other important areas of functioning. The pattern of gaming behaviour may be continuous or episodic and recurrent. The gaming behaviour and other features are normally evident over a period of at least 12 months in order for a diagnosis to be assigned, although the required duration may be shortened if all diagnostic requirements are met and symptoms are severe.”

In 2016, the American Journal of Psychiatry published a study by the University of Oxford’s Internet Institute. Their researchers conducted an international survey revolving around internet gaming. Using similar standards, they found that 2-3% of the 19,000 people surveyed from Canada, Germany, the UK and the US, showed significant symptoms of video gaming addiction.

It was, according to lead author Dr. Andrew Przybylski, “the first findings from a large-scale project to produce robust evidence on the potential new problem of ‘internet gaming disorder’”. That study was, no doubt, a contributing factor to WHO’s decision to include gaming disorder in its upcoming disease classifications.

As with any classified disease, treatment is in order. To some extent, treating an addiction to playing video games is likely to mimic treatment for alcohol addiction, more so than gambling or drug addiction. Where drugs and gambling tend to put a great deal of stress on finances, alcohol addiction is related more closely to anger management and dysfunctional family issues, as well as anxiety and withdrawals.

Most health insurance plans offer partial or whole coverage for diagnosis of addiction. Once the ICD-11 achieves publication next year, those insurance companies will need to update their coverage plans to include treatment for gaming disorder for their customers who play video games more than WHO thinks they should.