Statistician reveals how to win the lottery by finding patterns in Canada’s not-so-random scratch off tickets. 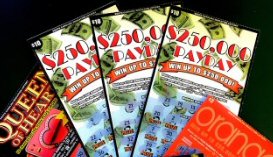 Scratch off lottery tickets have been around for what seems like ages. Governments all over the world fill their coffers with the proceeds from lottery sales, funding community projects and programs like health care, education and senior benefits.

The average person knows that there’s no way to strategically purchase winning lottery tickets. But Mohan Srivastava is no average person. A few years ago, he cracked the supposedly random code, causing the Ontario Lottery and Gaming Corp (OLG) to pull a series of cheap scratchies.

Fortunately for the OLG, Mr. Srivastava isn’t just a mathematical savant. He’s also an honest man. He is so honest, in fact, that he did not profit from his discovery. Instead, he immediately went to the lottery corporation with his findings.

I’m not so sure how many of us would have done the same. I imagine most of us would have made a nice profit from the experiment before turning over the evidence. After all, it isn’t Srivastava’s fault that the lottery isn’t so random as they would like us to believe.

Srivastava Discovers How To Win The Lottery 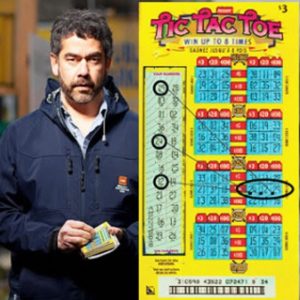 A graduate of MIT and Standford, Srivastava (right) never had any desire to play the lottery. It wasn’t until a friend bought him a small stack of Ontario’s Tic-Tac-Toe scratchies—one of which was a winner—that he became interested in how they really work.

He told Wired Magazine in its January 2011 edition that, while he was on his way to cash in the winning lottery ticket, “I began to wonder how they make these things.”

Being so well informed as to the power of computers and random number generators (RNGs), he realized that mass production could not possibly be as random as organizers like to claim.

“…it would be really nice if the computer could just spit out random digits,” he said. “But that’s not possible, since the lottery corporation needs to control the number of winning tickets.”

He concluded that, “The game can’t be truly random. Instead, it has to generate the illusion of randomness while actually being carefully determined.”

Srivastava discovered a way to predict winning lottery tickets with an astounding 90% accuracy rate. Amazingly, it wasn’t that he found a pattern in the tickets’ numbers, but rather a lack of pattern that pointed to winners.

He told Wired that all he had to do was find numbers that never repeated –“singletons”, he called them. Whenever he found three tickets in a row with singletons, he was 90% certain he’d found a winner. And he was right.

Winning Lottery Tickets Are Not Random

When Srivastava revealed his lottery crack to the OLG, the Tic-Tac-Toe tickets were pulled from retailers the very next day. The lottery corp immediately undertook the task of altering the programming for its scratch off ticket production. But that doesn’t mean others can’t enjoy a high rate of success by employing the statistician’s methods.

As he pointed out, there is no way to fulfill mass-production of controlled scratch offs without some type of pattern, or anti-pattern, emerging. There will always be some sort of calculated trick that will help players figure out how to win the lottery.

“There is nothing random about the lottery,” said Srivastava. “In reality, everything about the game has been carefully designed to control payouts and entice the consumer.”