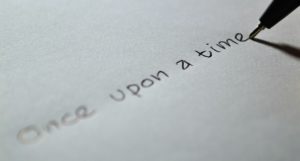 The late British philosopher Alan Watts once said, “A myth is an image in terms of which we try to make sense of the world.” Those words couldn’t be more true in the gambling realm, where suspicion and superstition prevail among the less knowledgeable variety of players.

Throughout history, slot machines have been accused of a lot of things, both positive and negative. The worst live and online slots myths have survived the test of time, not because there’s any truth to them, but because people need an excuse – a reason – an explanation as for why they are or are not winning.

Today we’ll examine three of the most common myths associated with slot machines, and the real truth behind each one. They include the theory that results are rigged, how RTP (return to player) really works, and whether progressives are the best choice.

This has to be the most common myth of all. Throughout time, slots have allegedly been perceptive enough to determine exactly who should win, who should lose, and when it should happen. The truth is, online slot machine software has a very limited memory. They can remember which games you play most often, giving players an instant selection of their favorite games, and recommending similar titles. But they do not track how much you’ve bet/won/lost, therefore cannot determine if you’re ‘due for a win‘.

All slot machines, online and otherwise, are managed by a Random Number Generator (RNG). Every nano-second, a long strain of numbers is trickling through the system. Imagine The Matrix computer screen. The moment the spin button is pressed, the numbers come to a sudden stop.

That long strain of numbers determines exactly what symbols appear on each position of the reels. It does not determine if it’s a win or loss; only the symbols and their positions. If they happen to align for a win, good for you! If not, better luck next time.

Which brings us to…

A slot machine’s RNG works in tandem with the RTP, or Return to Player. The RTP is the pre-programmed payout percentage – the exact percent at which a slot machine will pay out winnings, based on what it takes in.

Yes, the RTP is an exact science. However, the common slots myth here is that the RTP will be returned, down to the penny, for every $100 that it takes in. Unfortunately, this myth is the result of so many people trying to describe how the RTP works. It is most often explained as this:

This, in and of itself, is entirely false. Every material I’ve read (and written) that describes the RTP in this way will go on to state that the RTP is only accurate “over time”. A great deal of time, in fact. It can take anywhere from 20 to 30 years for a slot to reach its exact RTP. This is the piece of information so many fail to perceive.

Gamblers who believe wagering $100 on a 95% RTP slot machine will return them $95 are sorely mistaken. They could win hundreds, even thousands of dollars, or they could lose every penny. As proof, you can refer back to the detailed RNG section above.

Only Progressive Slots Are Worth Playing

This is another myth I’ve heard too many times. Yes, progressive slot machines have the ability to pay out the highest prizes. However, in order to pay those enormous jackpots, they must be endowed with a lower RTP.

Take Microgaming’s Mega Moolah, for example. This game’s highest jackpot seeds at $1,000,000. It does strike quite often, on average about every 6 weeks, and pays an average of over $5 million each time it does. But that’s only because it is played so often, by countless people, many of which are losing enough money for the game to build that prize.

Most Microgaming online slots are given an RTP of 96.5%. Such high rates are why players flock to online slots in the first place. The Mega Moolah RTP is 88.12%, which is on par with the same land-based slots that educated players have learned to avoid.